Even before they enter, the first thing that catches the eye of visitors to the church of Sant Miquèu is the magnificent 16th century bell tower, rising above the main portal, which is set into a narthex; the same architectural arrangement can be seen in the church of Sant Martin de Gausac.
The portal, dating from the late 13th and early 14th centuries, represents a faithful record of the artistic evolution of the Romanesque style towards the first Gothic forms; we find traces of the process in the portal of the church of Sant Estèue de Betren. The portal is composed of five concentric arches, which depict passages from the Bible in relief, with anthropomorphic figures.
Before stepping into the church’s interior, take a look at the tympanum which once crowned the original Romanesque portal, and which is now set in the west wall, next to the entrance; it is a characteristic Romanesque depiction of Christ on the Cross dressed in a knee-length loincloth, depicted frontally, in bas-relief.
Inside the church, our attention turns the baptismal font with plant motifs, a common feature of Aranese fonts of the 13th century .
The nave is dominated by the altarpiece that decorates the central apse, made in a Gothic style and attributed to the Mestre de Vielha. But without a doubt, the most extraordinary artwork in the church of Sant Miquèu is a carved wooden Romanesque sculpture of Christ, originally part of a larger group of sculptures; a product of the mature period of the Erill la Vall workshop, it represents one of the defining examples of 12th century Romanesque sculpture. 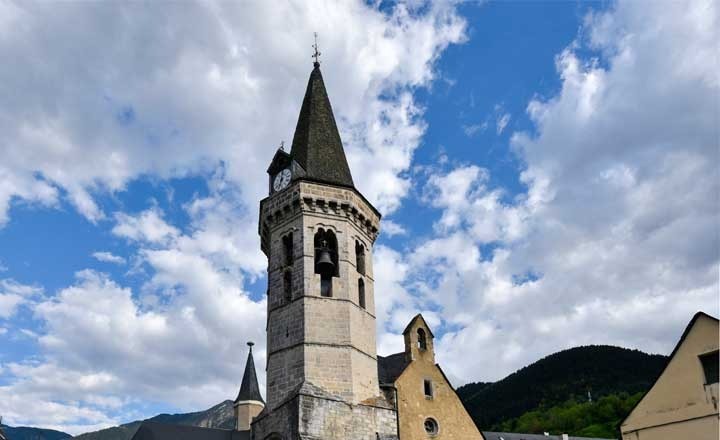 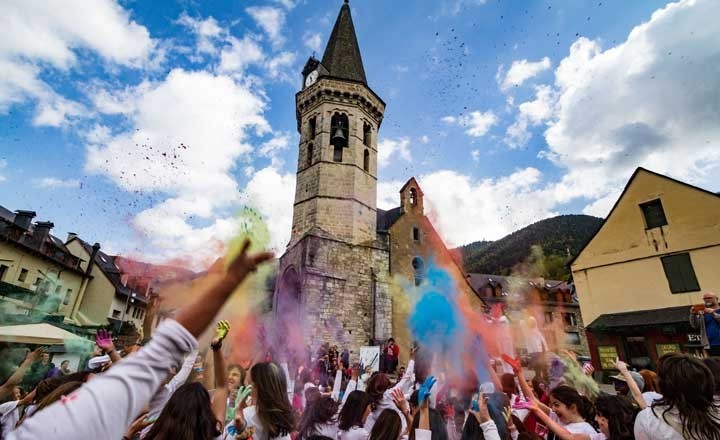